What is the origin of People of the Forest ? Udege?

In the 12th century, the Jurchen tribe that ruled northern part of China with their skilled martial arts established the Jin Dynasty.? Despite its prosperity, the downfall of the Jin Dynasty took place in the 13th century, after fighting against Mongolia.? The 15th century history books talk about people called the “People of the Forest, ?Udege”.? It is likely that these people are part of the Jurchen tribe and are the ancestors of the Udege today.? The “Udeghe” people were skilled hunters and exchanged Russian sable that they caught in the Taiga in exchange for silk from Ming and Qing.? It is thought that these people moved to the Bikin River basin where the Taiga provides rich resources, which gradually formed the way of living and the hunting culture of the Udege.

In the 19th century, all of the Shikhote-Alini Mountain Range, which includes the Bikin River basin where the Udege lived, became a territory of Russia.? The major way to make a living for Udege people during the 20th century was to sell mountain vegetables and animal furs to the hunting association of the Soviet Union.? The present population of Udege is less than 2,000, and the majority of them live in Khabarovsk in Far East Russia and coastal Russia.? (The population of Russia is about 140 million.) 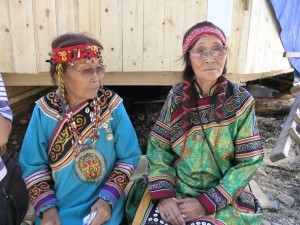 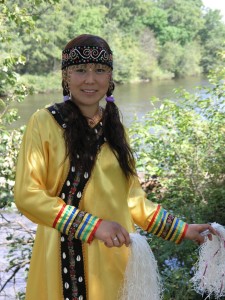 Who owns and is entitled to use the Taiga according to Russian law?

The current Constitution of Russia stipulates that lands and resources belong to the country, and forest is no exception.? Companies and individuals must obtain licenses from the central or local government before they can use, develop or hunt in forests.

Back to Basic Info on Taiga and Bikin River